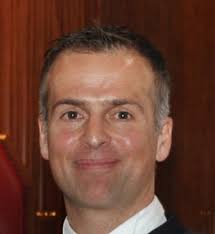 In November 2018, David Antonyshyn became one of the two Deputy Directors of Public Prosecutions with the Public Prosecution Service of Canada (PPSC), which is responsible to prosecute cases under federal jurisdiction across Canada and to provide legal advice and assistance to law enforcement.

He previously served for 28 years in the Canadian Armed Forces, the last 20 of which in a number of positions within the Office of the Judge Advocate General (JAG), the legal adviser to the Canadian Armed Forces and the Department of National Defence in matters of military law. Prior to retiring from the Forces with the rank of colonel, he was the Deputy JAG leading the legal division assisting the JAG in superintending the administration of military justice in Canada and ensuring its responsible development within the broader Canadian justice system.

Over the years, his practice has included administrative law, criminal law (both as defence counsel and prosecutor), and operational law (Canadian and international law governing the conduct of military operations, in Canada or abroad). He notably served on deployed missions in Bosnia, Afghanistan and Lebanon, and participated on a number of Canadian delegations during international negotiations along with Global Affairs Canada.

A 1995 graduate from the Université de Montréal Law School, he was admitted to the Québec Bar in 1996 after having articled as a prosecutor in criminal and penal law.

He has been a frequent speaker and instructor to a number of courses in Canada and abroad, including at the International Institute of Humanitarian Law in San Remo, Université Laval summer school, University of Ottawa, the Royal Military School of Belgium, and with the International Committee of the Red Cross and the Swiss armed forces.