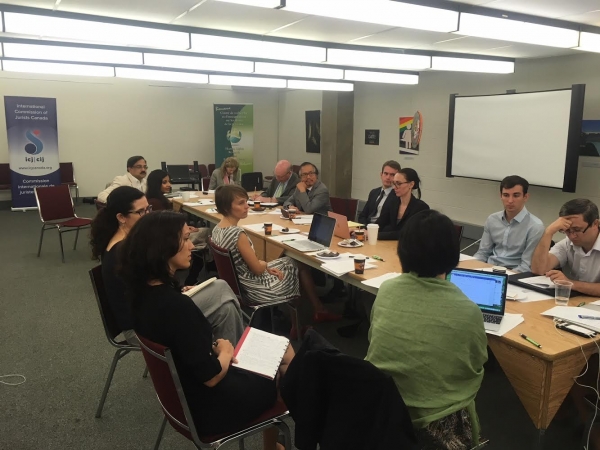 On August 25th, ICJ Canada board member John Packer and the Human Rights Research and Education Centre co-hosted a Symposium on the Legal Dimensions of the Rohingya Crisis with the help of guests such as David Palumba-Liu from Stanford University and Ashley S. Kinseth from the Stateless Dignity Program. The symposiums programme is attached to this post. The symposium is well time with the release of the United Nation Human Rights Council's Report of the Independent International Fact-Finding Mission on Myanmar  today on 27 August 2018. The UNHRC's report describes that the Rohingya crisis as a foreseeable, planned, and enduring human rights catastrophe, and makes several strong findings and recommendations.

ICJ Canada president Errol Mendes is urging Canada and all nations that are signatories to the 1948 Genocide Convention to support the UN report that  Myanmar’s top military generals, including Commander-in-Chief Senior-General Min Aung Hlaing, must be investigated and prosecuted for genocide in the north of Rakhine State, as well as for crimes against humanity and war crimes in Rakhine, Kachin and Shan States. See the UN Press Release: https://www.ohchr.org/EN/NewsEvents/Pages/DisplayNews.aspx?NewsID=23475&LangID=E

Last modified on Monday, 27 August 2018 18:58
Tweet
Download attachments:
More in this category: « Celebrating the 36th Anniversary of Canada's Charter of Rights and Freedoms Statement on the 70th Anniversary of the Genocide Convention and the Universal Declaration of Human Rights »
back to top