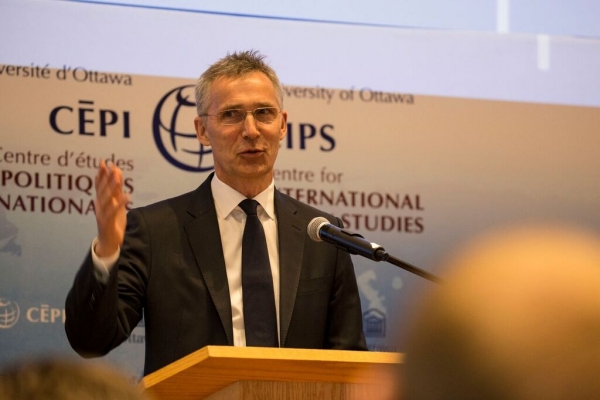 On April 4th, NATO Secretary General Jens Stoltenberg spoke at a CÉPI - CIPS Town Hall discussion on the importance of NATO during a time in which the rules-based international order is being challenged. ICJ Canada President Errol Mendes joined Mr. Stoltenberg on stage as host and discussion moderator.

During his tenure as Prime Minister, Mr Stoltenberg frequently called for NATO to focus on security challenges close to Allied territory.

Mr Stoltenberg is a strong supporter of enhanced transatlantic cooperation, including better burden-sharing across the Atlantic. He sees NATO and the EU as complementary organisations in terms of securing peace and development in Europe and beyond.