2018 was an eventful year, and we would like to take this opportunity to reflect on the work we have done protecting human rights, the rule of law, and the independence of the judiciary. We would also like to look to 2019 and give our members a hint of what we have planned ahead.

2018 in Review
ICJ Canada was active in responding to pressing issues being faced both within Canada and internationally.

In April, ICJ Canada and CIPS hosted NATO Secretary General Jens Stoltenberg for a town hall discussion on the importance of NATO during a time in which the rules-based international order is being challenged: 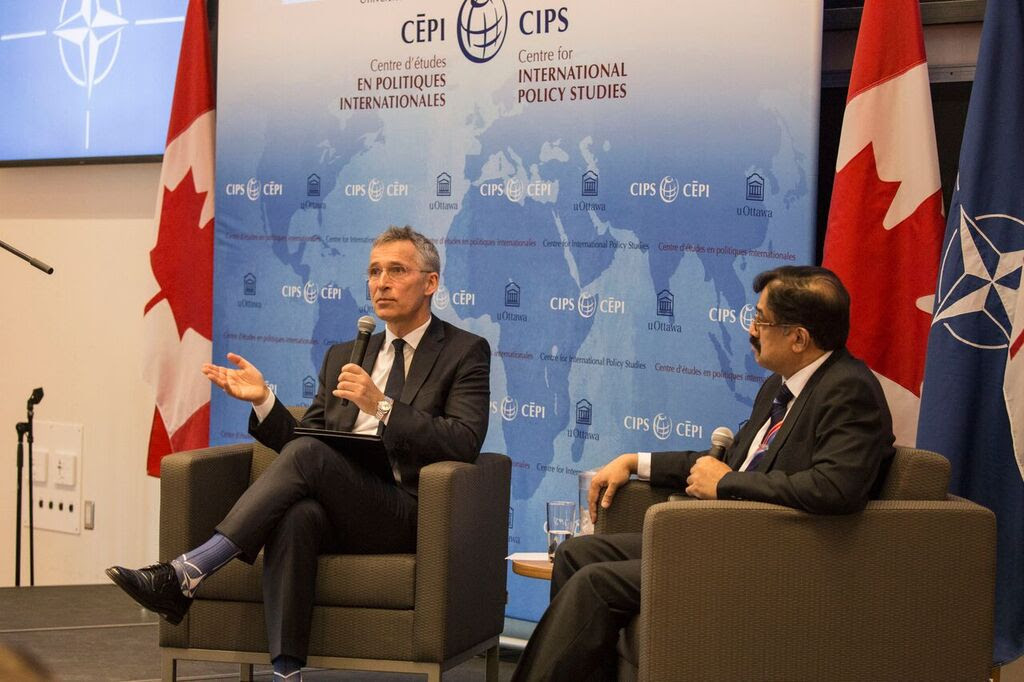 In May, we hosted a High Level Discussion on the Role of the Canadian Ombuds Person for Responsible Enterprise that attracted participants from the private sector, civil society, and regulators: 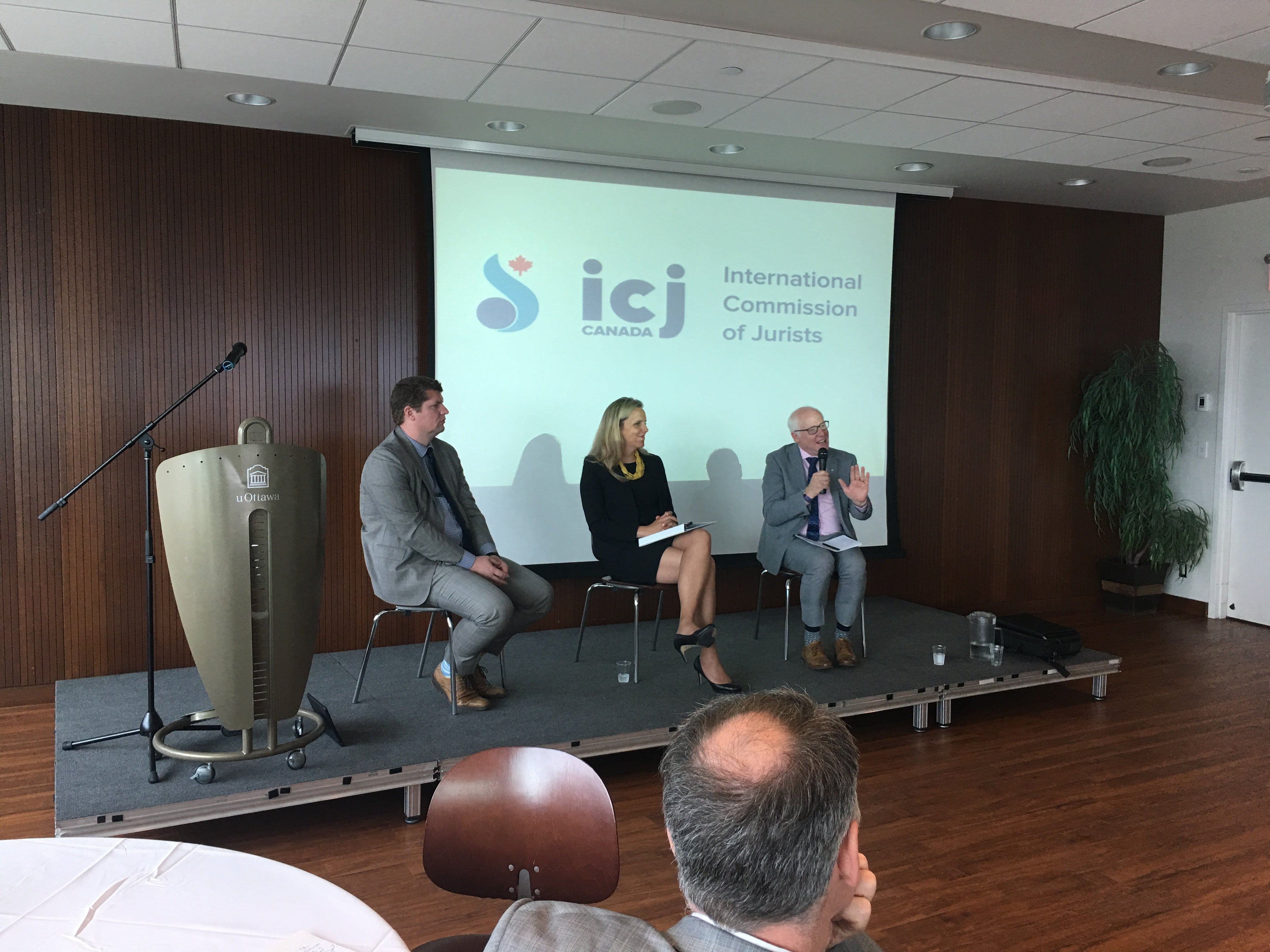 In October, we supported Senator Kim Pate in her call against mandatory minimum penalties through Bill S-251, An Act to amend the Criminal Code (independence of the judiciary) and the make related amendments) : 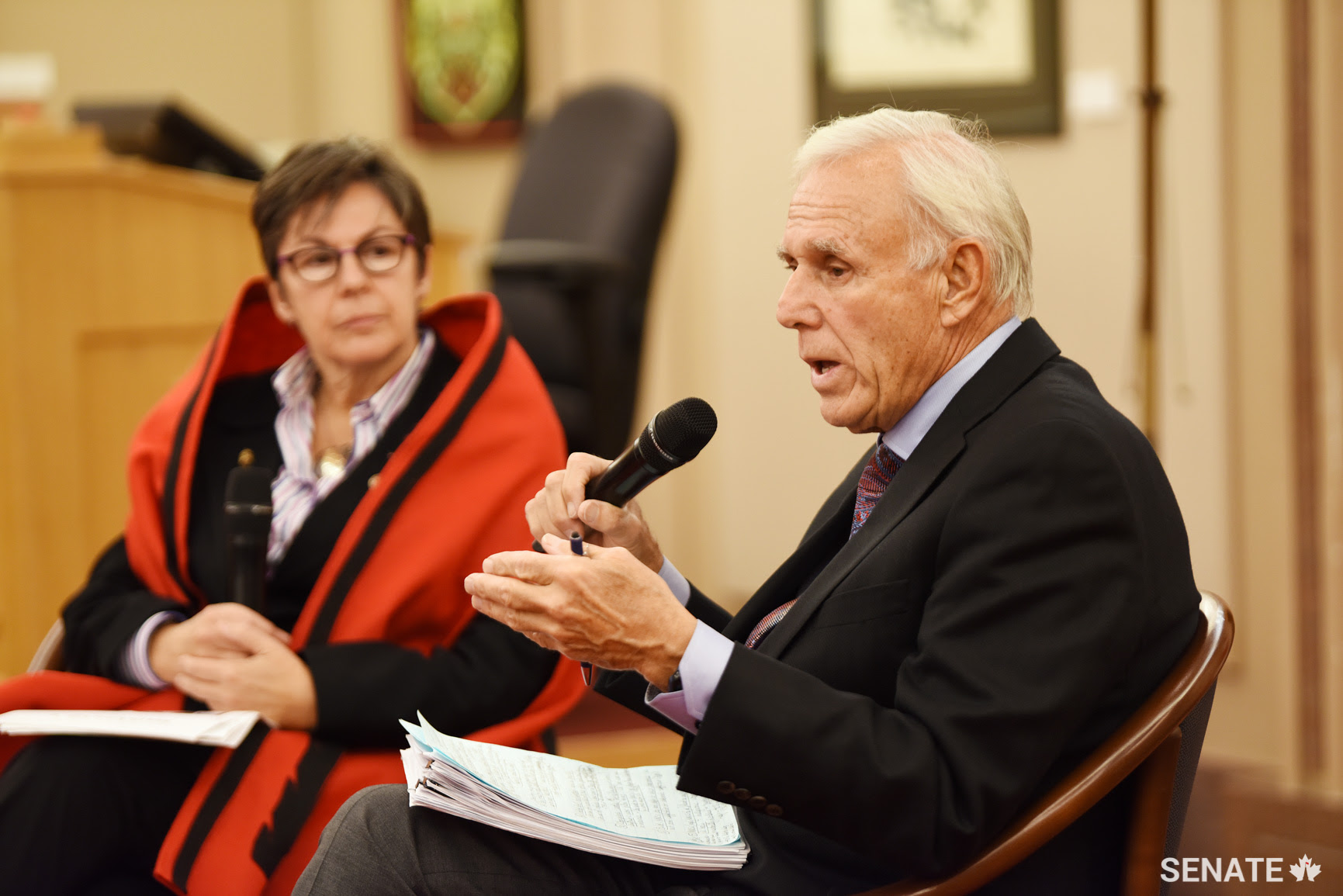 ICJ Canada also continues to take a principled stance in calling for action against the ethnic cleansing of the Rohingya people in Myanmar alongside our civil society partners from across the world. Board Member John Packer in particular was quite busy on this file, and was featured in an article from the Globe and Mail on the topic. In August, we hosted a symposium on the Rohingya Crisis: 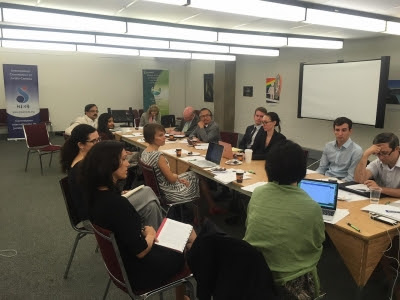 ICJ Canada President Professor Errol Mendes has working on the topic of press freedom and the murder of Saudi journalist Jamal Khashaggi. Professor Mendes participated in a news conference with former justice minister Irwin Cotler and several Parliamentarians on November 8th, 2018. Professor Mendes also contributed an Op-ed to the Globe and Mail that you can read here.

Members of ICJ Canada also had distinguished years individually. Professor Mendes received a Senate 150th Anniversary Medal in recognition of his work on the rule of law, human rights, and anti-discrimination. ICJ Canada Board Member Pierre Dalphond was appointed as an Independent Senator with the intention of assisting with the Senate's modernization and helping it fulfill its responsibility as a chamber of sober second thought, examination and inquiry.

Lastly, ICJ Canada would like to again congratulate Professor Penelope Simons on being selected as the 2018 Tarnoposky Award winner. Professor Simons received the award on October 31st at the reception following the event "70 Years On... is Humanity Ready for a World Court of Human Rights?", hosted by the Human Rights Research and Education Center and  chaired by Professor Packer.

Looking to 2019
ICJ Canada has several events lined up for early 2019. First, we will be co-hosting a talk with Bill Browder, who will be speaking on how he became President Putin's nemesis with his tireless world-wide campaigning on "The Magnitsky Act". You can see the full details of the event and buy tickets for Bill Browder: From Russia's largest foreign investor to President Putin's Public Enemy No. 1 here now.

ICJ Canada relies on the support and expertise of its members to continue its mission of protecting human rights, the rule of law, and the independence of the judiciary. If you have any thoughts on, or would like to contribute to, any of the events identified above, please let us know.

Additionally, if you have not already, please consider renewing your ICJ Canada membership for 2019 using the button below. We are looking to expand our membership next year, so if you have any friends or colleagues that would be interesting in supporting assisting us in achieving our mandate please consider suggesting they join us as well.

Best wishes for the holidays!