International Commission of Jurists Canada is proud to partner with the Human Rights Research and Education Centre (HRREC) to host a unique national and international conference, “Realizing Rights 2017: Human Rights and Constitutionalism,” to be held from June 8-10, 2017 at the University of Ottawa.The Conference seeks to bring together, for the first time, the full range of practitioners, scholars, and advocates working on human rights across Canada and beyond, in order to discuss challenges and opportunities for the effective realization of human rights and related constitutional and governance arrangements. This major conference coincides with Canada’s 150th anniversary, which provides a special opportunity for celebration and reflection.To organize it, HRREC and ICJC are working in partnership with: the Canadian Association of Statutory Human Rights Agencies (CASHRA), the International Development Research Centre (IDRC), the Canadian Association of Refugee Lawyers (CARL), and the Interdisciplinary Research Laboratory on the Rights of the Child (LRIDE). The conference, featuring various parallel meetings, sessions, workshops, and social events of distinct character, will contribute in a significant way to the development and strengthening of the field of human rights professionals.ICJC will be hosting a special session at the Conference to launch our book on the rule of law in 2017, and we will hold our annual members' meeting on June 7, the day before the Conference officially begins.Registration is now open, and volunteer applications are being accepted.We hope to see many ICJC members there!

On January 31, 2017, ICJC members, colleagues, Parliamentarians, lawyers, and other members of the community gathered on Parliament Hill in Ottawa to recognize her Professor Jennifer Bond's achievements. She is the 2016 winner of the Walter S. Tarnopolsky Award. Following the Award Ceremony, in lieu of giving a traditional address, Independent Senator for Ontario Ratna Omidvar joined Professor Bond for an engaging discussion on "Responding to the Refugee Crisis".

Professor Bond is Associate Professor at the University of Ottawa; Chair of the Global Refugee Sponsorship Initiative; and Founder and Faculty Director of the University of Ottawa Refugee Hub. She has also served as Special Advisor to the Minister of Immigration, Refugees, and Citizenship; was on the founding executive of the Canadian Association of Refugee Lawyers, and led the creation of the Refugee Sponsorship Support Program (“SSP”), which has mobilized over 1,300 pro-bono lawyers to assist Canadians across the country seeking to privately sponsor refugees. She has published extensively, is a frequent media commentator, has given numerous presentations at national and international events, and has contributed to litigation, including by appearing in interventions in important refugee cases at the Supreme Court of Canada. She holds a BA and BCom from the University of Calgary, an LLB from the University of Victoria, and an LLM from Yale Law School.

Her nomination was supported by several colleagues who noted Professor Bond’s truly outstanding dedication to refugees over the past decade. She has demonstrated exceptional leadership, advocacy, and community building in the face of the migrant crisis, and been a great source of inspiration to many people through her work.

One of the Tarnopolsky award criteria for 2016 was that it must be awarded to a person not yet at the midpoint of his or her career. With her remarkable achievements to date, Professor Bond is an extremely deserving candidate.

ICJ Canada was profoundly saddened to learn of the passing of Professor Sir Nigel Rodley, President of ICJ Geneva. He was an internationally-renowned human rights educator and advocate, who played a key role in the development of international human rights law and insitutions. At ICJC's Board of Directors meeting held January 26, 2017, the Board passed a unanimous motion expressing our grief at his loss, and expressing condolences to his colleagues and loved ones. We are inspired by his lifetime of work and seek to carry on his torch.

Learn more about his life and work here and here.

Happy New Year! A message to our ICJC members

A message to ICJC members from Professor Errol Mendes, President:

As a member for ICJ Canada in 2016, I would like to thank you for your support and important contributions to our organization. We very much appreciate your commitment to our organization, and ask that you maintain it this year, by renewing your membership online today and, if you can, donate to help with the work of our organization.Your membership  allows us to initiate many events and activities that have a positive contribution in our legal profession and in Canadian society, such as the impactful publication of our initial report on the federal judicial appointments process, and hosting a panel on legislative responses to modern slavery (see the video online)– our first step of engagement in this important area related to business, the rule of law, and human rights.I’d like to take this opportunity to recognize and thank ICJC Board members Rebecca Robb, Naveen Mehta, and Jennifer Egsgard, whose efforts have been essential to the realization of these initiatives. Similarly, I’d like to thank our new Vice President for the Prairies John McWilliams, and Council member Jim Arnett for organizing highly successful fundraising dinners this year featuring Dick Pound in Calgary and Toronto, respectively; Council member Peter Tinsley for putting together a successful full day 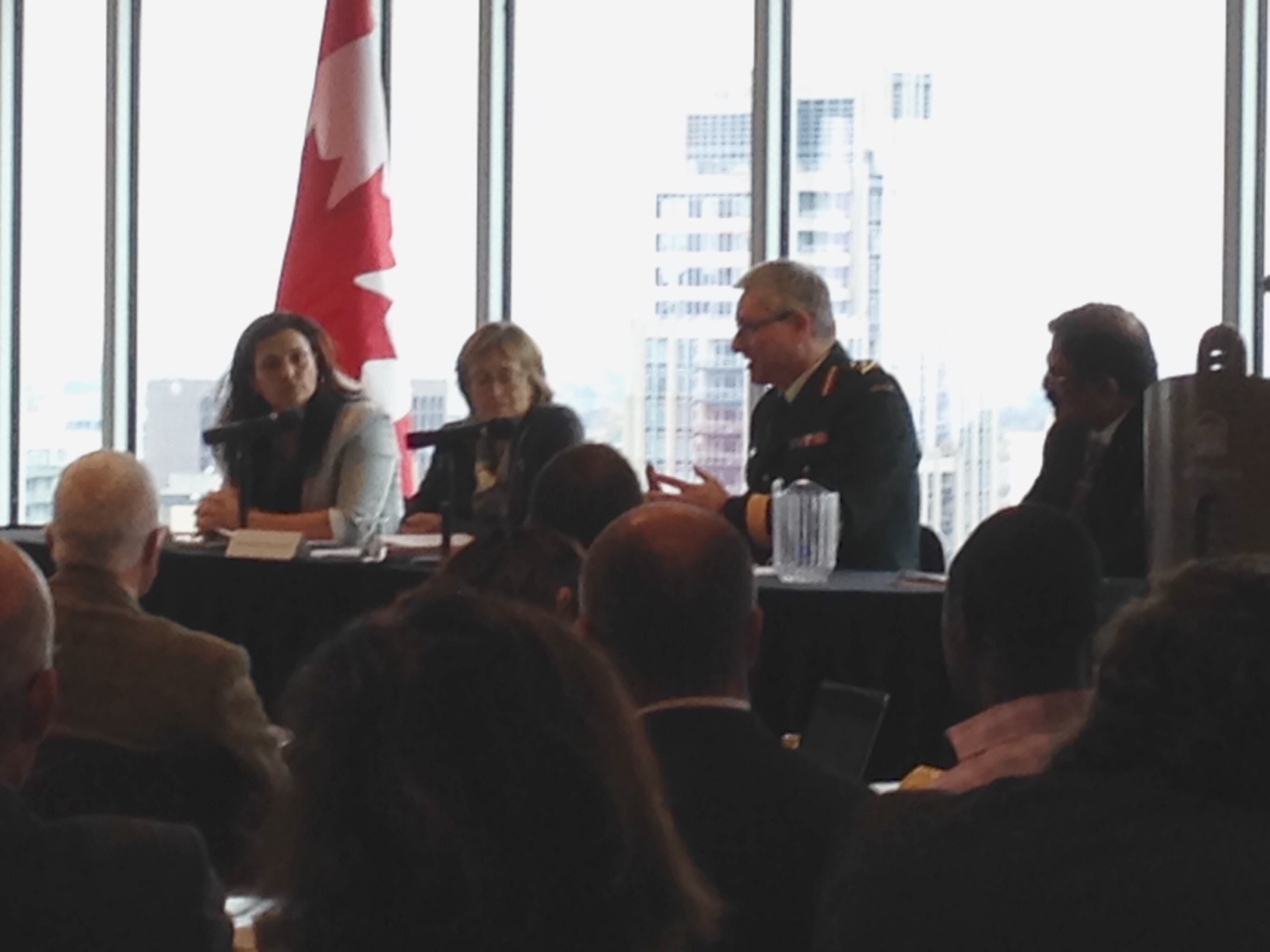 Conference on Canadian whole of government involvement in fragile states; and Board member Chantal Bernier, with whom I hosted an engaging consultative event on national security and civil liberties that involved participants from government, the private sector, and rights-focused NGOs.We are very excited about several projects that we have initiated and will carry forward this year. What does 2017 have in store for us?

On November 21, 2016, ICJ Canada hosted a timely and engaging panel discussion in Toronto: "Modern Slavery in Supply Chains: Trends in Global Corporate Liability and Legislation". A continuing professional development event, attendees learned a great deal about the problem of modern slavery, challenges for companies, and legislative responses to the problem. The event featured a diversity of viewpoints, which the lawyers and students present had the opportunity to continue to discuss at a reception following the panel. The presenters were:

If you were unable to attend the event in person, or if you would like to revisit the discussion, ICJ Canada is delighted to share this video of the panel with you:

We received many positive comments about this event and look forward to continued engagement on the pressing global issue of modern slavery.